Whether on land or in the sea, oxygen is critical for sustaining life. Healthy ecosystems depend on it, and the amount of dissolved oxygen in marine environments is one of the ways that scientists measure water quality. Both the research community and the regulatory authorities rely on complex computer models of the Salish Sea to predict dissolved oxygen levels, and key mechanistic drivers of water quality change, such as Nitrogen (N), and Net Primary Production (NPP). Now, the University of Washington Puget Sound Institute and the Salish Sea Modeling Center are developing a new tool for exploring ways to interpret and understand the massive amount of information generated by the state-of-the-science Salish Sea Model. DORA, the Dissolved Oxygen Regional Assessment Explorer, will soon be available to the general public, students, researchers, and stakeholders who wish to explore the impact of human activity on water quality in the Salish Sea.

Images of the DORA prototype are shown below as well as a video presentation describing the pre-release version in more detail. 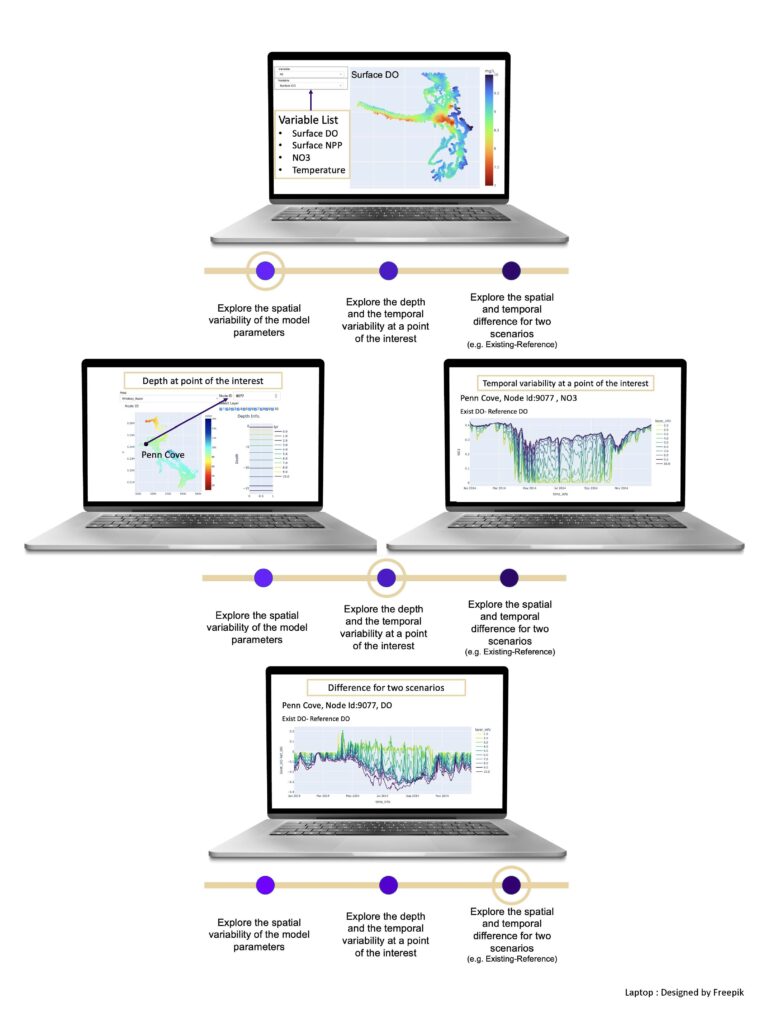 A pre-release presentation of DORA was provided on Wednesday, October 6th at 12 noon (PST) via Zoom. A recording of the presentation is available below.

Future opportunities: If you are not already registered and wish to contribute to future development, suggested function, or beta testing of products, please email Stefano Mazzilli (mazzilli at uw.edu) or Su Kyong Yun (sukong at uw.edu).