Puget Sound Institute senior research scientist Nick Georgiadis has been selected as a member of the SeaDoc Society Scientific Advisory Board. Nick specializes in ecosystem-scale research on subjects ranging from elephant conservation to ecological pressures in the Salish Sea.  Read more.

April 15 | Comments are due on the draft 2022-2026 Action Agenda for Puget Sound. Don’t miss your chance to influence the course of Puget Sound recovery.

April 26-28 | The virtual 2022 Salish Sea Ecosystem Conference will be held online from April 26-28. The deadline for registration is April 20th.

PSI in the news 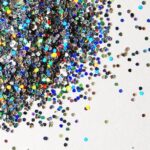 Yes, glitter really is bad for the environment

In addition to being the stock and trade of elves and fairies, glitter can be a microplastic pollutant that persists in the environment. Puget Sound Institute director Joel Baker is quoted in Discover Magazine.  Read more. 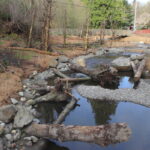 To revive a river, restore its hidden gut

Our colleague and affiliate Ed Kolodziej is quoted in the most recent issue of Scientific American. Kolodziej comments on efforts to restore important underground flows beneath rivers.  Read more.