Mathematical models running on high-speed computers are being used successfully to describe and predict all sorts of environmental changes, from annual salmon runs to sea-level rise to warming waters in streams, bays and oceans. We talked with six experts involved in a variety of ecosystem models. Here’s what they said you should know about how models work and why computer simulations are becoming increasingly important to our understanding of the natural world. Read the article from Christopher Dunagan in the Puget Sound Institute blog.

Notes from the field: The illusion of abundance

Puget Sound Institute science writer Eric Wagner recently returned from a trip to observe pigeon guillemots on Protection Island. He wonders: How much do we really know about the health of seemingly abundant bird populations? Read the story in the Encyclopedia of Puget Sound.

Dam removals are often associated with salmon recovery, but new research on the Elwha River suggests that birds also benefit. Scientists say birds are a sometimes-overlooked indicator of river health. Our coverage of regional science findings continues in the Encyclopedia of Puget Sound. Read more.

Puget Sound Institute research scientist Caitlin Magel (Co-PI) is collaborating with the University of Washington Salish Sea Modeling Center to study the dynamics of pH, dissolved oxygen, and eelgrass in Coos Bay, Oregon. The study is funded through a $131,126 grant from The Oregon Ocean Science Trust and examines how the absence of eelgrass might alter pH and dissolved oxygen conditions in nearshore habitats. 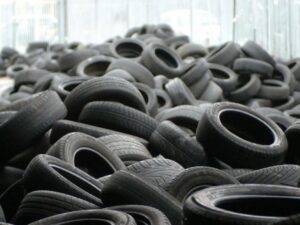 The deadly chemical 6PPD-Q, first identified in our labs at the Center for Urban Waters, has now been found in air pollution, according to two recent studies coming out of China. The chemical, a product of tire wear particles has been implicated in the deaths of thousands of coho salmon in Puget Sound. PSI affiliate Ed Kolodziej is quoted in the British newspaper The Guardian. 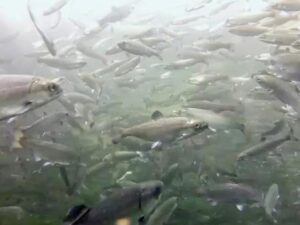 The list of species affected by 6PPD-Q is growing, according to new research published last month in the journal Environmental Science & Technology Letters. The chemical “is lethal to protected coho salmon, Pacific steelhead, and Chinook salmon,” NOAA Fisheries writes about the findings. “In contrast, sockeye salmon seem largely unaffected by the same compounds.” Read more.

Keep an eye out for new funding opportunities for Puget Sound recovery from the EPA’s National Estuary Program. Requests for proposals will be announced at the end of September or in the first weeks of October, according to Puget Sound’s Strategic Initiative Leads, who allocate the funds.

Rep. Derek Kilmer and Rep. Marilyn Strickland will be speaking at the Puget Sound Partnership’s ‘Day on the Sound’ gathering on October 4th, from 10:00-11:30 AM at the Nisqually Cultural Center. Registration is required for this in-person event. Questions for the moderated Q&A session should be submitted by Tuesday, September 27th.

More than 130 researchers, scientists, modelers, and other experts attended our first workshop in July on The Science of Puget Sound Water Quality. The discussion continues with two interrelated workshops focusing on scientific tools for evaluating marine conditions and species health.

September 29th from 8 – 10 AM PT for Tools to Evaluate Water Quality. Learn about tools and new analyses from monitoring and modeling that help us better understand water quality and potential eutrophication impacts. We will look in particular at increased access to spatial and temporal data, including in terminal inlets and shallow embayments.

On October 6th from 8 – 10:30 AM PT our workshop focuses on the Biological Integrity of Key Species and Habitats. Dr. Jacob Carstensen of the Baltic Nest Institute will describe how researchers in the Baltic Sea are tackling eutrophication. Then Dr. Tim Essington of the University of Washington will explore regional research to quantify the eutrophication risk to key species and habitats in a multi-stressor environment. Building on these insights, workshop participants will have an opportunity to refine the modeling tools that help us protect key species and habitats in the Salish Sea.

The workshop series is facilitated by the Puget Sound Institute with support from King County.