Participants in this year’s Earth Day activities won’t be rallying in large groups, participating in environmental festivals or coming together to clean up the Earth.

On the 50th anniversary of Earth Day — Wednesday of next week — the environmental movement will be uniquely digital, with many people celebrating from their home computers.

Before the COVID-19 pandemic took hold, this year’s Earth Day was being promoted as the “largest environmental mobilization in history,” as Forbes magazine trumpeted in a headline. Millions of people were being mobilized. 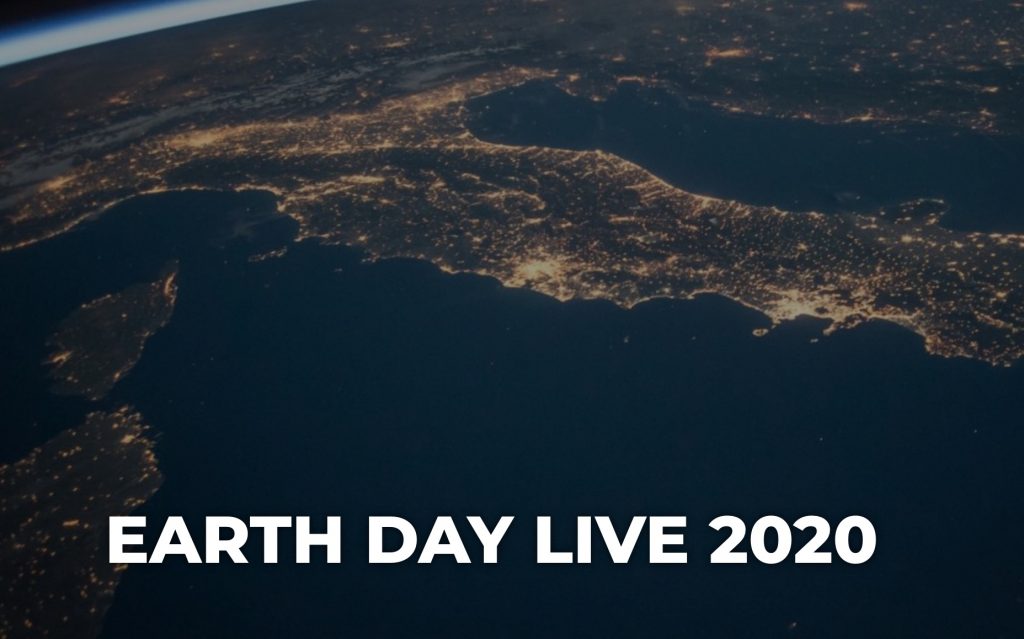 Now a deadly virus has changed the tone of Earth Day celebrations, as disease outbreaks alter the pace of human life and cause many people to reflect on what is truly important. Some say this pause in the action is exactly what is needed to begin healing our relationship with the natural world.

“If there was ever a time in which humanity should finally recognize that we belong to one connected family on Earth, this should be it,” say Margaret Bullitt-Jonas and Leah D. Schade, co-editors of the book “Rooted and Rising: Voices of Courage in a Time of Climate Crisis.”

“We share a single planet, drink from the same water and breathe the same air,” they write in an essay for the Earth Day Network. “So whether hunkered down at home or hospital, or working on the front lines, we are all doing our part to face a common enemy together. When COVID-19 is finally behind us, instead of returning to normal life, we must hold on to these lessons in the fight against climate change.”

Climate change, the theme of Earth Day 2020, threatens to upset natural systems in ways that are hard to imagine. The worldwide response to the coronavirus shows that people are capable of major sacrifices when they see the need. Science provides roadmaps for resolving the pandemic, the climate crisis and other environmental problems.

Alyssa Macy, CEO of Washington Environmental Council, told me that the COVID-19 pandemic has forced people to slow down and reflect on their health and mental state. It has allowed many people to consider their relationship with nature and to find peace in solitude, particularly when they can get outside away from crowds.

The slowdown has resulted in less air pollution, she noted, and in some places wild animals are able to roam more freely.

“This is an opportunity for the Earth to breathe and for people to see what happens when humanity stops impacting nature to such an extent,” she said.

Alyssa took the top leadership role at Washington Environmental Council in January. Her previous job was chief operations officer with the Confederated Tribes of Warm Springs Reservation in Oregon. Growing up on the Warm Springs Reservation, she left the Northwest for various jobs in other parts of the country. Seventeen years later, she felt a calling to return home while listening to the songs of her people being sung at a conference.

“We all have cultures that connect us to place,” Alyssa said. “My view is that we can’t exist in this world without acknowledging the relationship we have with the land around us.”

Water, meanwhile, “is the sustainer of life,” she added. “We are made of water. It connects everything together. To me, everything goes back to that.”

Alyssa told me that she is thrilled with her new position, which involves working on environmental issues in a beautiful place where people really care about the land and water.

Earth Day, she said, is a time for people to connect or reconnect with nature and to understand how people are damaging the planet.

“There has to be a way to make a connection,” she said. “It helps when we slow down. There is a blessing in all of this. It’s the opportunity to find some personal growth, to re-engage and see the animals and the Earth in ways we did not see before.”

Alyssa said her hope is that the environmental movement can be “re-energized” after this pause, moving forward with scientifically based actions. She is disturbed by recent rollbacks in environmental regulations.

“We have exposed how fragile the system is,” she said. “I don’t want to go back to what we considered normal. We can engage with people and move forward toward a more just society. We can see the possibilities of drastic changes to curb the impacts of climate change.”

Since the first Earth Day in 1970, the scientific understanding of the world’s ecosystems has become far more sophisticated and the solutions no longer simple. Instead of killing millions of fish outright with industrial pollution, we are now altering entire species with new chemicals that act like natural hormones.

The modern environmental movement was brought together with the first Earth Day over growing concerns about oil spills, polluting factories and power plants, raw sewage, toxic waste dumps, pesticides, loss of wilderness and the extinction of wildlife. Before the end of 1970, Congress had created the Environmental Protection Agency and passed the Clean Air Act. Two years later, lawmakers approved the Clean Water Act followed by the Endangered Species Act.

“When 20 million Americans participated in the first Earth Day, they believed the warnings of scientists, as did the U.S. Congress,” Denis Hayes, the principal organizer of the first Earth Day in 1970, said in a news release. “Our current pandemic demonstrates that governments must embrace science early.”

In 2010, during the last decadal celebration of Earth Day, I discussed the importance of environmental education. It has been encouraging to see that what was once specialized knowledge about natural systems is now well understood by grade-school students. See Kitsap Sun, April 17, 2010.

But understanding something does not always bring the best results, as we can see from the struggle to get government to change the course of climate change.

Long before COVID-19, environmental activists were using online tools to organize their campaigns. But today the risk of spreading disease has forced postponement or cancellation of massive cleanup events being planned this year.

“Amid the recent outbreak, we encourage people to rise up but to do so safely and responsibly,” Kathleen Rogers, president of Earth Day Network said in a news release. “in many cases, that means using our voices to drive action online rather than in person…. Together, we can build an Earth Day unlike any other — an Earth Day that defines us as a global community, united by our challenges yet unshrinking from the bold, urgent action needed to overcome them.”

Online events in the works