Amid the struggle to save salmon and orcas and restore the Puget Sound ecosystem comes a renewed effort to consider not only how humans affect the environment but how the environment affects the lives of humans.

The Puget Sound Partnership, which is overseeing the recovery of Puget Sound, has been developing a series of strategies to acknowledge and enhance the cultural, economic and psychological values that can come from a healthy natural environment. These new strategies, along with related actions, are to be incorporated into the 2022-26 Puget Sound Action Agenda, scheduled for adoption next year.

When the Washington Legislature created the Partnership in 2007, lawmakers set out a series of goals for improving the conditions of water, species and habitats. But even higher on that list were goals to achieve a “healthy human population” and a “quality of human life.” 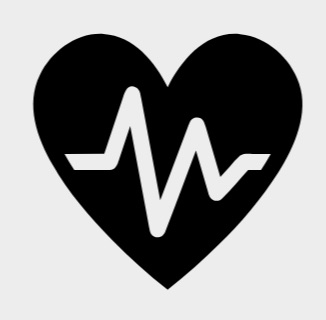 Goals for human health and well-being have long been considered foundational issues in the recovery plan for Puget Sound, said Dan Stonington, planning manager for the Partnership. But now, he says, these ideas are getting heightened attention from the Puget Sound Leadership Council, the governing board for the Partnership.

Included in the discussion are strategies for improving environmental justice. This is the principle that all people — regardless of race, ethnicity or income — should be treated fairly when it comes to environmental laws and policies and, I might add, enjoying the benefits of environmental restoration.

A new design for the Puget Sound Action Agenda includes a series of “desired outcomes,” which I described in Our Water Ways in January, as the discussion was taking place. Desired outcomes for the next Action Agenda (PDF 6 mb) have been framed for all the statutory goals related to water quality, water quantity, biological species, and human health and well-being.

Now strategies for achieving those desired outcomes are under consideration. An online workshop for information and discussion is scheduled for tomorrow (Tuesday) at 1:30 p.m. Registration is required.

Many of the suggested strategies for improved ecosystem health are coming out of the so-called Implementation Strategies, which were developed through in-depth, scientific analyses about the causes of problems in Puget Sound. Such analyses have focused on Chinook salmon, floodplains and estuaries, land development and cover, freshwater quality, marine water quality, shellfish beds, shoreline armoring and toxics in fish.

A list of strategies under consideration for the next Action Agenda can be reviewed on the Partnership’s webpage “Identifying Strategies for Puget Sound Recovery.”

So far, the Implementation-Strategy approach has not been applied to the concept of human well-being, but ideas for the Action Agenda are coming out of existing planning efforts along with special work groups in the social sciences arena. Officials are leaning on the 2015 technical memorandum titled “Human Well-being Vital Signs and Indicators for Puget Sound Recovery” (PDF 1.3 mb), which helped establish methods for measuring human well-being.

About 50 individual strategies have been proposed for addressing human well-being issues. Partnership staffers are working to combine ideas and trim the list before adoption. A few of the ideas, as shown in the PDF version:

Dan Stonington points out that human well-being is a two-way street in ecosystem planning. Whatever benefits that people derive from the natural world — economic, recreational, cultural or psychological — become enhanced when people take actions to improve the ecosystem. Folks who feel a strong attachment to Puget Sound — known as “sense of place” — are more likely to support actions that advance ecosystem recovery and thus enhance human enjoyment.

The bottom line, Dan says, is that people are an integral part of the ecosystem. If they see the natural world as their home, as a special place worthy of protection, then the future will be better for salmon, orcas and all the wonderful creatures — and humans will experience a stronger sense of place.

How people feel about Puget Sound and how their feelings have changed over time are measured in opinion surveys conducted for the State of the Sound report, currently being updated. At last report, more than 75 percent of Puget Sound residents “agree” or “strongly agree” that they are “very attached” to the Puget Sound region and “feel responsible for taking care of Puget Sound’s natural environment.”

While the Partnership has always understood the importance of human quality-of-life considerations in improving the ecosystem, studies and analyses have not always accounted for diverse viewpoints. A closer look at the human population reveals that different groups of people might have differing values or experiences when it comes to the natural world. Efforts to improve certain aspects of the ecosystem might affect different people in different ways.

The Partnership has launched an ongoing effort to advance environmental justice, beginning with a greater inclusion of diverse populations in recovery planning. Special attention is being given to “overburdened communities,” which are populations identified with disproportionate environmental harms or health risks compared to the general population (“Words hold power,” EJ Task Force, PDF 3.2 mb). Aspects of this new effort of inclusion are identified in Addendum 5 of the Feb. 18 Outcomes memo (PDF 5.4 mb).

Meanwhile, the state’s new HEAL Act dealing with environmental justice calls on state agencies to look for and try to reduce health and environmental disparities in their normal operations, regulations and practices. After the new law passed in April, I outlined its provisions in Our Water Ways. See also the topical section on environmental justice in the Encyclopedia of Puget Sound. 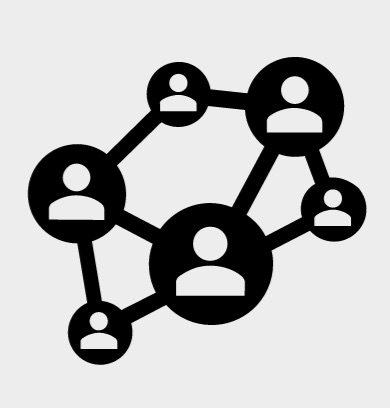 The Puget Sound Partnership, which is covered by the new law, has received legislative funding for a full-time staffer and consultants to assess ways to improve environmental justice within the organization and in its outreach programs. That new effort will develop an action plan to advance equity and inclusion throughout the Puget Sound recovery effort, as outlined in an equity and justice policy memo (PDF 410 kb).

“As a state agency with a mission centered around protecting and restoring the socio¬ecological resilience of Puget Sound, the Partnership coordinates and leads the recovery community to develop and implement strategies and actions that benefit all Puget Sound residents,” the memo states.

“The Partnership serves as the nexus between state agencies, federal agencies, Puget Sound tribes, local jurisdictions, and many other non-governmental organizations,” the memo explains. “The Partnership is well positioned to guide the Puget Sound recovery community in a new direction that explicitly centers diversity, equity, inclusion (DEI) and environmental justice (EJ), which have long been absent from mainstream conservation and ecosystem-recovery work in the State of Washington and nationally.

“Moving in this direction is not only a moral imperative but is also critical to fulfilling our statutory obligations and mission to coordinate Puget Sound recovery for the benefit of all Puget Sound residents.”

As ideas for improving the “quality of human life” are examined in a wider context, we may eventually see new actions proposed within existing Implementation Strategies, actions that could strengthen the bonds among humans and the species we are trying to save.