Ongoing findings about the chemical Bisphenol A has further inflamed a debate about whether the U.S. Food and Drug Administration is adequately protecting people’s health when it comes to products containing BPA.

Meanwhile, a year-old state program, called Safer Products for Washington, may avoid some of the regulatory pitfalls people are seeing at the FDA by simply asking whether safer chemicals are available and whether it would be reasonable to use them instead.

BPA, which can disrupt normal hormonal function, has been a concern of mine since 2008, when I informed readers of Watching Our Water Ways that I was searching for and throwing away many of my old drinking-water bottles. Last year, I related that history and confessed that I had been trusting the FDA for too long when it comes to BPA (Water Ways, Sept. 12, 2019). 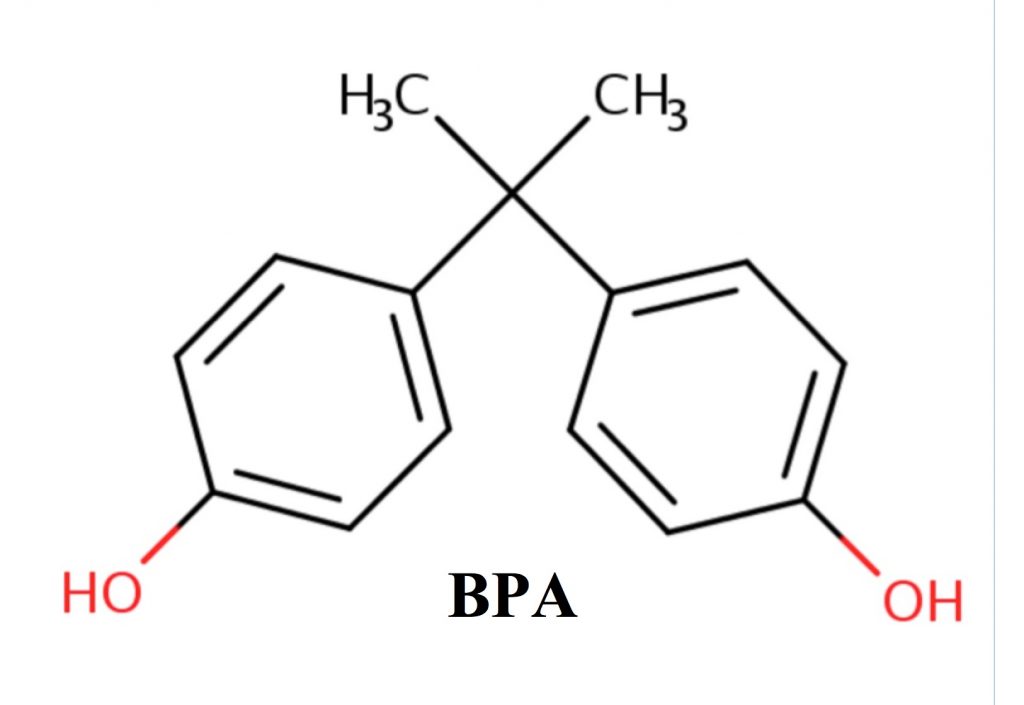 The dilemma, according to Patricia Hunt of Washington State University and other academic researchers, is that toxicologists working for regulatory agencies refuse to account for findings that show how endocrine-disrupting compounds may harm the body in ways that don’t fit traditional models.

For most regulated chemicals, toxic effects can be seen at high levels, and thus the goal is to lower the dose until a no-harm threshold is observed. But with endocrine disruptors, harmful effects seen at high levels may disappear at somewhat lower levels, allowing regulators to think that their work is done. They often don’t look for problems at still lower levels, where hormonal effects may operate in different ways, as described by many academic researchers.

The FDA expressed a willingness to confront this dilemma in a wide-ranging — and expensive — research project called CLARITY, which stands for Consortium Linking Academic and Regulatory Insights on Toxicity of Bisphenol A.

“Although, ideally, a consensus between the approaches should be possible,” states an article in “Nature Reviews: Endocrinology,” “differences in research culture made the CLARITY effort akin to expecting a group of folk and punk rock musicians to pick  up their instruments and play together  in harmony.”

In fact, conclusions drawn from the academic side of the consortium have yet to be formally released six months after they were scheduled to be made public. As a result, many of the researchers involved in the project worked together to publish their own report last week in “Reproductive Toxicology.” They found, by looking in a coordinated fashion across “multiple organ systems,” that significant low-dose effects of BPA could be seen on the brain, prostate gland, urinary tract, ovary, mammary gland and heart.

The new report and its implications are described in far more detail in a rather enticing article titled “More bad news for BPA: Novel analysis adds to evidence of chemical’s health effects” published in “Environmental Health Perspectives.” It’s a good summary of the current state of affairs.

Sometimes it is nice to go back to the basics of a problem to develop a deeper understanding. Such is the approach taken in an entertaining podcast on “Cited” called “The Poison Paradigm,” which I highly recommend as well.

The dilemma with BPA may well apply to other endocrine-disrupting chemicals, some well known and others with dangers yet to be discovered. As some endocrinologists tell the story, safe levels for some compounds may not exist, because they affect the body in subtle ways. The best we can do in such cases is describe the effects seen at various exposure levels and try to find reasonable ways to reduce the risks.

That’s the approach behind the Safer Products for Washington program, created last year by the Legislature. The law calls on the Washington Department of Ecology to designate “priority chemicals” found to harm humans and the environment, identify products that create exposure risks, then decide if safer alternatives are available and feasible. Only then will regulations be proposed to phase out the harmful compounds.

In the first round of study, BPA was listed in a class of chemicals called phenolic compounds, which also includes BPS and other potentially harmful substitutes for BPA. Priority products deemed to potentially affect human health and the environment are food and drink can linings designed prevent corrosion, along with thermal papers commonly used to provide printed receipts in stores. BPA from can linings can be ingested with food and drinks, while BPA in thermal papers can be absorbed through the skin. 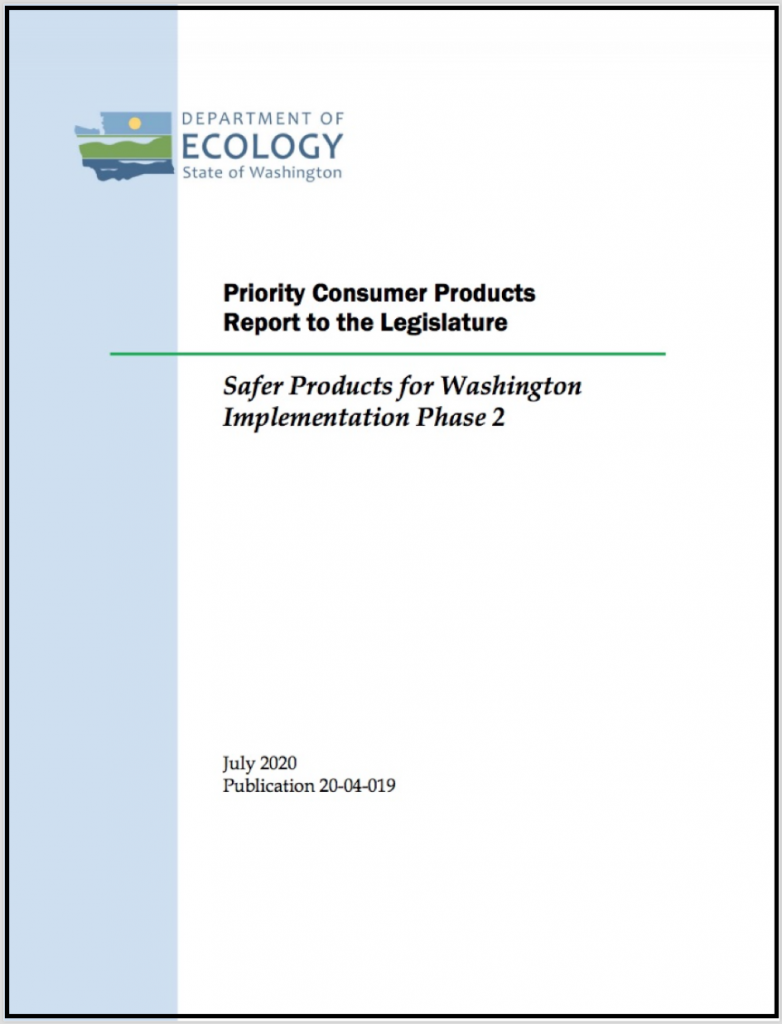 As described in a 200-page report released this month, other priority chemicals and priority products being studied at this time are:

In addition to bisphenols in the class of phenolic compounds, a group of chemicals called alkylphenol ethozylates is under review as used in laundry detergents.

This first report to the Legislature includes a literature review of the first five classes of priority chemicals and their applications in various products. The next phase will involve an analysis of the safety and the feasibility of alternative chemicals, including information from manufacturers. Check out the “Safer Products for Washington” webpage for a timeline of the process.

“This alternative assessment framework is the crux of a lot of the work we are doing,” said Marissa Smith, a senior regulatory toxicologist in the program. “Instead of asking, ‘What is a safe level?,’ we focus on reducing the risk by avoiding certain chemicals. The question becomes, ‘Is there a safer chemical?’”

Safer Products for Washington includes four front-line staffers, including Marissa. The Legislature approved $1.2 million for the first two years of the program, which also covers the cost of key players in the Washington State Department of Health and Office of the Attorney General.

While much of the regulatory process is focused on human health, another critical goal is to keep harmful chemicals from being released into the environment, where they can disrupt the food web. Thus Marissa and her fellow researchers are considering the total amount of chemicals being used in Washington state and what happens after their use — including disposal and breakdown products in the environment.

In addition to regulating chemicals, the Safer Products program is designed to provide information that can help people make better choices for their families, Marissa told me.

“You shouldn’t need a PhD to pick out your products,” Marissa said. “We also want to make safer products available for everyone. We don’t want it limited by price and who can afford it or to those who have access to information.”

As we’ve seen with so-called “BPA-free” water bottles, consumer pressure can be as effective as regulations — but somebody needs to make sure that the replacement chemicals are safer. And then the question becomes: Can we do even better in the future?

Under the Safer Products program, the identification of reasonable alternatives is the key to the regulatory approach. “We can’t tell people what to use; we can only tell them what not to use,” Marissa noted.

The program is open for everyone to provide review, suggestions and comments as the experts conduct their analyses, propose regulations and move on to study further chemicals in the coming years. Check out Ecology’s “Committees, Boards and Work Groups” for public-involvement options.